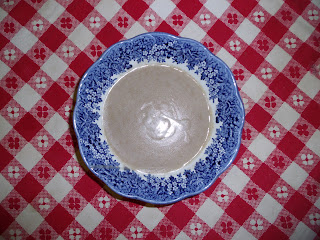 "Learn to serve God and a hot breakfast, and in your search for that roof that don't leak rain, beware of men that offer you a roof and forget to mention marriage."

Here's how to make the gravy for that hot breakfast. As for the other part-

you're on your own.

2) Sprinkle in flour and stir for about 1 minute.

4) Stir until thickened and boiling.

Note: Choose ingredients that are naturally or organically grown for maximum nutrition.
Posted by Simple Life Farm at 8:34 AM No comments:

My Dad, The Man Who Could Make It Better 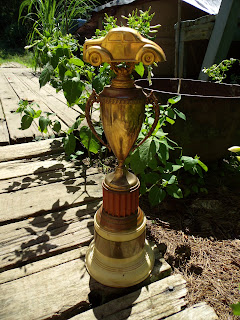 There is a plaque on the wall at the Talladega Motorsports Museum, it's in the Alabama Racing Pioneers Room. My Dad's name is on it.

William Frank "Bill" Patton always wanted to get us together for a Racing Pioneers event and he finally did. It was the Hall of Fame awards banquet. He was being inducted, posthumously, and my brother Richard, A Human Being, would receive the award on his behalf. This was only fitting because Richard was almost born in the floorboard of a '55 Chevy Bel Air Sports Coupe as our Dad raced our Mother to the hospital. He has been over and under cars ever since.

When my Dad was stationed in Texas when he was in the military he talked about how cold it was. The heaters for the soldiers' tents were built out of 55 gallon drums and my Dad had re-designed the one in his tent to burn hotter- by dripping avgas on it. His superiors saw it and reported it to their Commander. The Commander came into my Dad's tent- did a walk around inspection of the heater, looked at my Dad and said, "Could you build one like that for my tent?"

My Dad was a life long learner.  He studied for and obtained his Blasters License at 70 years of age before copd started keeping him close to the house.

He never got to blow anything up but if he did he could have done it legally.

My Dad lived until the day he died. We buried him on his 74th birthday.

The man who could make it better finally rests, as the rest of us, take our chance.

Posted by Simple Life Farm at 12:00 AM No comments:

The Garbage Men Need The Love Too 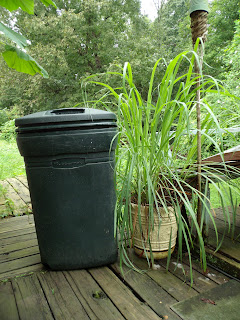 I was in a conversation recently with a friend and made reference to "We" when I suddenly realized that there was an "I" in that "We". "I" had said, "We have got to quit using the planet for a garbage dump". "I" had recently been sending more that my fair share of refuse to the dump without giving much thought as to how my "fair share" was adding up in the world.  I re-purposed then and there to stop it. That was a challenge. I had to think about not buying garbage in the first place.

By choosing products that are packaged in biodegradable or recyclable packaging, re-purposing or re-using existing materials helps reduce waste and gives the garbage man a break-
he could probably use one right about now.
Posted by Simple Life Farm at 8:53 AM No comments:

All Things Are Possible 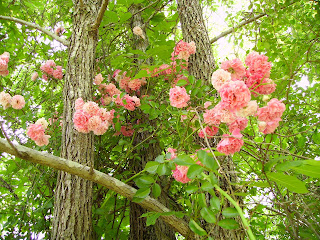 "With God all things are possible." Matthew 19:26
Posted by Simple Life Farm at 6:00 AM No comments: