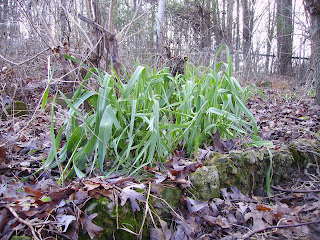 My dear friend, who is a founding member of the local herb society, advises that garlic should be planted on the shortest day of the year and harvested on the longest. In this case, maybe planting can be done on a longer shorter day of the year. Maybe bundling up and getting out and poking around in the dirt might just be what a body needs. Could be a good cure for the Winter doldrums and a remedy for the onset of Spring gardening fever that arrives about the same time as the new seed catalogs.
Posted by Simple Life Farm at 9:08 AM No comments:

Email ThisBlogThis!Share to TwitterShare to FacebookShare to Pinterest
Labels: Home and Garden 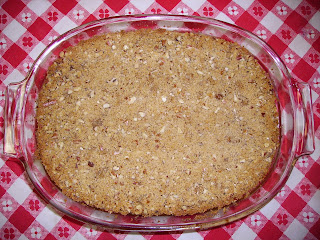 This recipe, that belonged to my Grandmother, is such a familiar one to my family that my Neices' refer to it as "the Aunt Cheryl stuff". I think if I were to show up at my Mama's house at Thanksgiving and Christmas without this dish they would make me go back to the house and get it.

Bake at 350 degrees for 30 minutes in a preheated oven.

Enjoy!
Posted by Simple Life Farm at 4:26 AM No comments:

Ken Williams, He Called Us The Band Of Champions 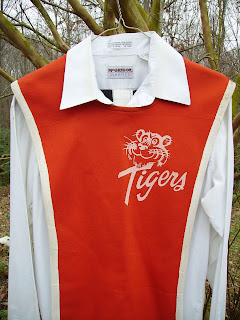 I remember the day Mr. Williams was standing on a stool painting what these days is referred to as "the old tiger" onto the side of our recently acquired instrument truck.

Mr. Williams had been hired as the band director for the new band program here at Meek School. A kid asked me once, "What was it like when you were in the band?" Did the veterans pick on the rookies?"

"We were all rookies," I replied.

Mr. Williams was a recent graduate of Florence State University by way of Vietnam. He was a Marine with a Purple Heart. When I saw the movie "Mr. Holland's Opus" about another high school band director that had had a profound influence on his students, I thought it was kind of funny that that band director did not know how to teach his students to march and had to enlist the help of the school's football coach. Mr. William's only problem was when to stop marching us before we passed out. I remember phrases like, "IGNORE THOSE SWEAT BEES! THEY WON'T EAT MUCH!!!"

He took a band of rookies in homemade uniforms from a poor white county with a tuba case that had been purchased with money the band earned pulling corn and transformed it into one of the most successful band programs of all times to this day.

What was so special about Mr. Williams? He taught us that with a little hard work and discipline we could be somebody.

We put him in the ground the other day but he'll live on through us and in us. We really didn't care to much about if the contest judges thought we were the best or not. We just wanted him to think we were.
Posted by Simple Life Farm at 7:12 AM 1 comment: 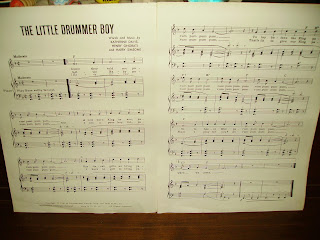 "I need to run something by you."  A call from a friend confirmed what I already knew about her. "You know how everybody loves my pancakes?" she asked. (This girl is famous for her mouth watering pancakes and her outstanding culinary skills.) "Yeah," I replied. "Well, I was thinking", she said, "what if I made dry mix and attached a recipe card along with a little bottle of syrup, do you think they would make good Christmas gifts?" "I think that would absolutely be the perfect gift." I told her.

I thought of the Biblical Principle of giving one evening recently as a piano student sat at my bench as we walked through "The Little Drummer Boy", Holiday sheet music for the season. As we par-rum pum pum pumed along, the words "I played my best for Him" jumped right off the page at me as if I had never read them before-we stopped, and I said, "You know, I have been playing this music here since I was your age and never understood that line until now. The little drummer boy had given the gift of his talent. He laid it before the King just as if it were the most precious and costly of jewels.

This season, give each other the precious gift of you talents, it's something you already have.
Posted by Simple Life Farm at 7:37 AM 1 comment: