The Boy With The Shrimp

He strode into the waiting room at the oil change place and sat down. He had a little "boonie" hat on like a military man. I had just taken my Mama next door to the place where she gets her hair cut on every other full moon and had took the opportunity to have the oil changed in my vehicle. I had took a seat by the door when I saw him walk in, The Boy With The Shrimp. He was involved with his smart phone. He spoke to me and offered advice about the technicians there, how they did a good job and all. I was shocked that he had anything to say to me.

I had gotten an invitation to join the AARP a few years before when I met The Boy With The Shrimp. I don't see how anyone that attended a Van Halen concert could possibly qualify for an
AARP card but I guess they were just looking at the numbers. It turned out that The Boy With The Shrimp had been looking at my knees. I had decided when I was looking down at those knees to brush my hair one day that maybe they belonged to a girl that HAD been to a Van Halen concert when David Lee Roth had hair so I was very surprised.

The Boy With The Shrimp talked to me about new movies and war, he asked me for my phone number. My eyebrows raised. "To young?" he asked. "Well", I said, "there is more to being a man than a number", and I gave him mine.

Now don't get me wrong, I am not in the habit of giving every young man I meet in the oil change or any other place my phone number but this one was special, The Boy With The Shrimp.

He called. We talked. He asked me out for a date and I said yes to The Boy With The Shrimp.

He had told me he had been in the military and was in a war and had been jumping out of airplanes and chasing bad guys so I knew that I was going to have to keep my fences tight. He could have ruined me if I had been a younger woman, The Boy The The Shrimp, but I had grown older and hopefully a little wiser in all these years of living on God's good green earth.

I'll have to give some of the credit to my Mama for the genetics. I once held a puppy adoption at a local flea market and a friend of the guy that sold leatherwear for bikers followed my Mama around the flea market that day like HE was a puppy and the guy was my age.  The next time we visited that same flea market my Mama stopped for a moment and asked me how she looked. She was a motorcycle rider and was riding Harley's when this guy was probably learning to ride a bicycle with training wheels. I told her she looked fine.

The Boy With The Shrimp came to my house. It was a Friday. As he drove to the local Italian restaurant with me by his side with a taser in my purse, his radio was tuned to a classic rock station. I knew I liked this boy who was a man who had been in a war. When "Every rose has it's thorns" was playing on the radio, he asked me if I had any thorns. He threated marriage and flowers but I knew that line and would not bite.

He gave me a light kiss, ever so gently, publicly, The Boy With The Shrimp, while we were waiting at the restaurant for his name to be called. I was thankful that the Pastor and wife of the Church I attended were there also waiting for a table and for the introductions and the pleasant conversation as we waited. We were soon seated and ordered our food. He ordered some kind of shrimp. I do not remember what I ordered.  He offered me a shrimp off his plate and extended it in his hand to me. He ate like a man. I loved to watch him eat. There was a young family dining at the table that was next to ours and a little girl almost fell out of her chair and The Boy With The Shrimp was on his feet so fast to lend aid I don't believe lightning could have struck any faster. She was alright.

I motioned with my hands for the Pastor and his wife who were dining at a table near us to pray for me when The Boy With The Shrimp left the table to pay our bill. I was so sick I had to order a glass of sweet iced tea and sipped it slowly as I tried to appease the butterflies that were in my stomach. I believe David Lee Roth DID have hair the last time I felt like that.

He made a good play, The Boy With The Shrimp, but I was to weary of the game and he would have only snagged me anyway with those old lines. I closed my gate after that and entered into what I like to call "The Aunt Bea Years". I knit and crochet brightly colored hats now for soldiers deployed in the war on terror as the memory of that night fades, one stitch at a time, into the glassy sea of gems.

It took "Aunt Bea" from Maybury, USA 2 entire episodes of The Andy Griffith show to almost marry a Sea Captain portrayed by Will Geer. Aunt Bea refered to it as a "beautiful interlude". She was concerned that he loved the sea to much to ever be content at home, so she threw him back in.

I feel ya girl...and I've got the pearls to prove it. 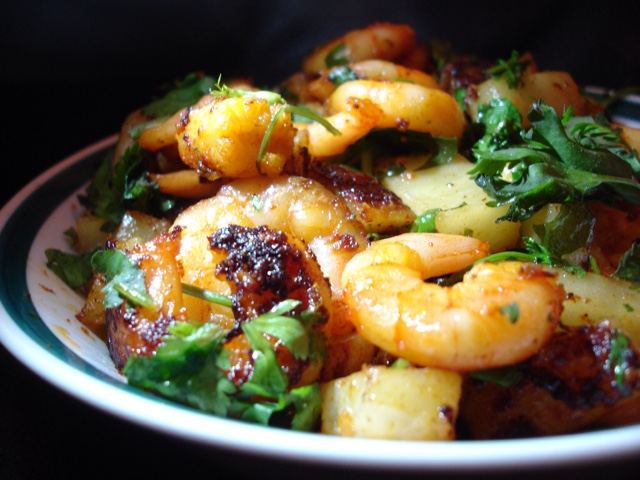 Posted by Simple Life Farm at 8:20 AM